1. Steel entry door replacement: Homeowners who install a steel front door recoup on average nearly 129 percent of the project’s cost when they sell the home a steel door can still be attractive enough to boost your home’s curb appeal. “A brand new door makes a big first impression on somebody who is looking at the house,”

Check out this door from http://www.coloradocustomwelding.com 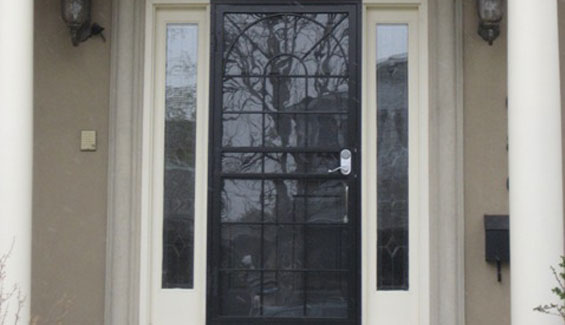 2. Attic bedroom: Homeowners who turn their dusty old attic into a functional bedroom recoup on average about 83 percent of the project’s cost when they sell the home, according to the report. At around $49,000 a job, converting an attic into a bedroom is certainly more expensive than replacing your front door. But when it comes to adding new livable space to your home, building an attic bedroom is often easier on your budget than the alternatives.

3. Wood deck addition: Homeowners who add a wooden deck to their properties recoup on average nearly 81 percent of the project’s cost when they sell the home, according to the report. Celia Kuperszmid Lehrman, deputy home editor at Consumer Reports, says the wooden deck’s appeal is linked to today’s more thrift-conscious consumers, who are looking to save money by spending more time at home. “Since they are staying home they want to enjoy their exterior, they want to enjoy their outdoors,” Kuperszmid Lehrman says. “So [adding a deck] is one of those areas that can add value.”

Check out his railing put on this remodeled deck from http://www.coloradocustomwelding.com 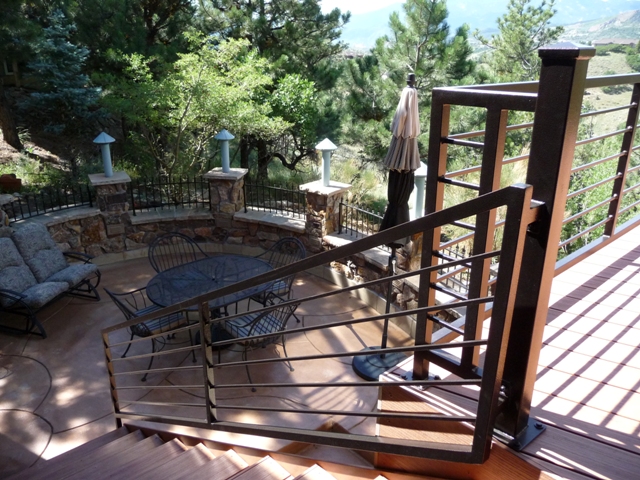 4. Vinyl siding replacement: Homeowners who replace their vinyl siding recoup on average nearly 80 percent of the project’s cost when they sell the home, according to the report. Alfano says the project’s low costs—the job averages less than $11,000—deserves part of the credit for its impact. But curb appeal plays a significant role too. “New siding is going to make a house look brand new,” he says. “It is going to really change the way the house looks from the street.” In addition, vinyl siding is extremely low-maintenance and lasts up to 25 years, Alfano says. By comparison, houses typically need their exterior repainted every five to seven years, he says. “That’s sort of a trend among homeowners and home buyers over the last five to ten years—moving toward low maintenance or low maintenance materials.”

5. Wood window replacement: Homeowners who replace their wood windows recoup on average about 77 percent of the project’s cost when they sell the home, according to the report. Zuch notes that window replacement projects can be appealing because they can make the home more attractive while increasing its energy efficiency. “Not only does it add value but it reduces your energy bills,” Zuch says. At the same time, homeowners who make certain window replacements can qualify for federal tax credits. But Kuperszmid Lehrman cautions that the project’s cost—of nearly $12,000—means homeowners shouldn’t replace their windows simply to lower their energy bills. “It’s just too expensive,” she says. “The payback period—even with the federal tax credits—is still going to be pretty long.” Instead, homeowners should replace windows if they are beaten up or broken and consider the project’s energy efficiency benefits the icing on the cake.

1. Home office remodel: Property owners who remodel a home office recoup on average less than half of the project’s cost when they sell the home, according to the report. That’s because even though more people are working out of their homes these days, not all buyers want a space dedicated exclusively to work. “That space in your home—when your square footage is so precious—may serve your needs very well, but the next person might say, ‘I need a bedroom, I don’t need a home office,'” Lipford says. “And that specialized work that’s needed in that home office just doesn’t pay you back.”

2. Sunroom addition: Homeowners who add a sunroom to their house recoup on average about 51 percent of the project’s cost when they sell the home, according to the report. Like the home office, the sunroom represents an inefficient use of interior space, Zuch says. “If you are going to add a room, what people are looking for, especially now, is [perhaps] a mother-in-law suite with a universal design,” Zuch says. “[Or] for a family that is growing, they want a nursery on the first floor [because] they don’t want to climb stairs.” Homeowners who are willing to sink $73,000—the average cost of a sunroom addition—into their house would be better off investing in a different home improvement project.

5. Garage addition: Homeowners who build a garage addition recoup on average about 62 percent of the project’s cost when they sell the home, according to the report. Lipford argues that the limited versatility of a garage doesn’t necessarily justify its high cost, which can average more than $58,000. A garage addition project is a labor intensive effort, often requiring builders to pour a slab, construct walls, and build a roof, among other things. “The only thing that is keeping it from being legitimate living space is insulated walls for air conditioning and heating—so it does represent a high cost to do that for strictly sheltering cars [or storing belongings],” Lipford said. “So when you start going down the check list of things you have to do, [the garage addition] starts moving down the list.”

Colorado Custom Welding is one of the only companies in Colorado to offer free measurement and estimates by our certified welders.

Metal Fabrication, Welding, and More…When it comes to metal, we can handle it!

We can install window well covers in about a week, faster than other companies around.

Our prices typically beat the competition AND without sacrificing quality.